Do You Need Assistance?

Below are results that I have obtained for past clients:

Client suffered soft-tissue injuries to his neck and back in a rear-end collision. He had suffered similar neck and back injuries less than a year before the collision. The insurance company refused to pay for his medical bills for treatment he received as a result of the collision nor for his “pain and suffering”. Suit was filed and the case was taken to arbitration. The insurance company appealed the arbitration award and the case was tried in Superior Court. The jury awarded the client $20,000 plus attorney fees.

Client was rear-ended on the highway. After dealing with at-fault driver’s insurance, she was offered $2,000 to settle. Before accepting, she talked to a friend who referred her to my office. We filed a suit and it was taken to arbitration. Arbitration award was $40,000.

A 5-year-old boy was severely injured when he fell from stairs near his third-floor apartment. He suffered a traumatic brain injury (TBI) that led to seizures and speech delay. We represented the boy and his family and discovered that the guardrails on the apartment’s staircase were not up to code. Case settled for $1,000,000.

Client was a tenant at an apartment complex. The design of the elevator in her building required patrons to stand on a ramp and open or close a retractable spring door (with a sharp edge) while waiting for the elevator doors to open or close. While my client was loading boxes from her apartment into her car, the sharp edge of the spring door closed on the back of her ankle causing it to slice her Achilles tendon. Case settled for $65,000. 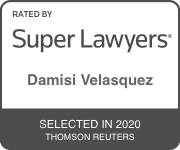 What to expect from your Free Quote?

I understand how emotional dealing with these situations can be. I encourage you to focus on getting treatment while I work tirelessly on recouping your losses to get you maximum compensation to the full extent allowed by law.

What to expect from your Consultation!

I understand how emotional dealing with these situations can be. I encourage you to focus on getting treatment while I work tirelessly on recouping your losses to get you maximum compensation to the full extent allowed by law.

Big, complex cases involving personal injury, discrimination or abuse require a seasoned lawyer who has seen it all. I know how to deal with the multiple parties involved and press the right buttons to get the results we need.

As a boutique firm, my staff and I are able to provide the personal attention each case deserves. Clients appreciate my candor, diligence and proactive communication to keep their case moving forward.